Is it true that Julius Caesar allegedly ended a revolt of his soldiers by saying one word?

The year is 47 before the birth of Christ, and Julius Caesar is in a very precarious position.

One year ago, he had survived an even more precarious position. His pursuit of Pompey across the Adriatic in 48 had nearly ended in complete disaster, narrowly avoiding catastrophe at the Battle of Dyrrachium before crushing Pompey at Pharsalus with a masterful reverse. Pompey fled in all haste to Egypt, and there he was murdered by an officer of Ptolemy XIII. Caesar led an intervention in an Egyptian civil war between Ptolemy and his sister and wife Cleopatra, crushed the former’s army in battle and installed Cleopatra as the sole ruler of Egypt, before going north and breaking Pharnaces, King of Pontus.

Things were good for Caesar on 47 BC. 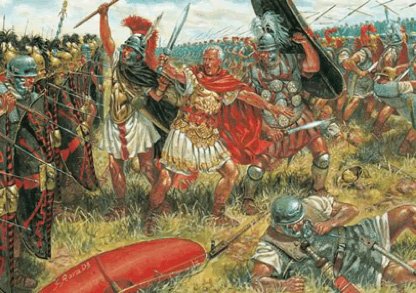 However, the death of Pompey had not stopped his supporters. The Optimates gathered a vast force of fourteen combatant legions in Africa, with which they were determined to crush Caesar. Caesar was outnumbered, as always, yet he trusted in himself and his men, leather-tough, sun-cured veterans of over a decade of campaigning. The four of his best, the Seventh, Ninth, Tenth and Twelfth, were camped ready in Italy, outside Rome, under the command of Mark Anthony.

But the situation deteriorated. The four legions had been waiting for their discharges, as well as back pay they were to be given and the still-unpaid bonus that was promised to them before Pharsalus. As Julius Caesar lingered in the east, unrest grew rapidly, and Caesar’s best mutinied, demanding their pays and discharges.

He knew the situation was critical. To have the slightest hope of victory against the Optimates, Caesar needed his golden quartet. However, he had so little money that let alone convincing the legionaries to re-enlist for his upcoming African campaign, he could not even pay their backpay. The fate of the Civil War was in the unwitting hands of the four legions.

So the four legions gathered south of Rome, and Caesar rose up atop a dais set in front of them. The unruly legions fell into a silence, too ashamed to mutiny in presence of Caesar. In that icy, cutting voice of his Caesar asked: What did they demand that was so precious to outright revolt in the heart of the Republic? 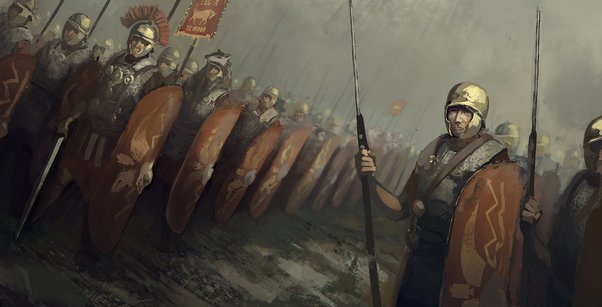 The soldiers found themselves too ashamed to demand money from the commander they so adored, who trusted them so much. So they touched their other problem: they were veterans who fought on for too long for too little. They wanted their discharges. They wanted to leave.

Caesar looked unto their ranks and uttered a word he had never said to them before.

Citizens. Not soldiers. Citizens. With a single word, Caesar effectively branded four entire legions: effectively declared that their disloyalty had discharged them already.

Then he went on. He went on by saying that they would be effectively discharged, immediately. More, Caesar acknowledged that he owed them money… and stated that he’d pay it with plunder from the Optimates, right after winning his campaign with other legions.

If there was a soldier who still had his resolve intact after “Quirites”, that was where it broke. Those were no ordinary legions standing before Caesar that fateful day. They were the Legio VIII, who marched with Caesar the whole Gallic Wars. They were the Legio IX Hispanica, they were the Legio XII Fulminata, the legion of the thunderbolt. They were Legio X Equestris, Caesar’s favorite legion, the most devoted of his veterans, the first legion raised by his hand. They were veterans that marched a decade and a half with Caesar.

The thought that he might not have needed them was not merely inconceivable, but utterly agonizing. What, o reader, would they answer when inevitably asked: O Legio Equestris, where were you when Caesar won his greatest victory at Africa?

The soldiers’ will shattered.

They swarmed the speaker’s dais with vigour, begging for forgiveness and to be taken for the North African campaign. First Caesar feigned indifference, then pretended to be won over. With enthusiasm the four legions joined him for Africa, where he crushed the Optimates decisively at the Battle of Thapsus.

Caesar had gained back four unruly veteran legions with little more than the love his men had for him combined with a single word.

Ancient Sparta and Rome each were excellent military powers. But why did Rome build a great empire, while Sparta did not?

How Italy-based Nigerian was beaten to death – Embassy